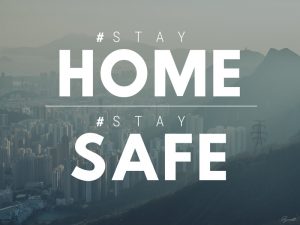 As the UK approaches the end of its fourth week in isolation the government has extended the lockdown for another three weeks. To most, this wouldn’t be a surprise. I personally think we may have some respite in July but expect rolling lockdowns for the next year or so.

So what does this mean for the creative industry? For the foreseeable future, the production process of having teams of people on a shoot is gone. This is all being replaced, at best, with self shooting producer/directors, which means production values will change (i.e. slip).   This will be the norm during lockdown and may even change the aesthetic of TV and video production as news programmes, TV shows and adverts are already utilising webcam footage, mobile phone footage and best case scenario (in terms of production values) a self shooting PD.

We as the audience may get accustomed to these lo-fi production values, which may affect future styles of video, TV and advertisements. In a nightmarish dystopian future we may see vertical TVs as more and more people shoot on their phones.

One thing I do find amusing is that now TV ads and shows are using more mobile and webcam footage, the old rigid mentality of production (I.e. everything must be filmed on X camera because it is “Industry Standard”) has dissipated.  Really it was just an illusion held there by an “Elite” few trying to cling on to relevance. The most important part is the story. Regardless of the tools used, whether that be an expensive film camera, a mobile phone, library footage, photos, animation or just text, story is king.  If you can tell a story and get your information across, the tools in which you use become irrelevant.

Do you have a story you would like to get out there? Get in touch to find out how we can help you.