Bristol, a City of Film – The past, present and future.

16 Jun Bristol, a City of Film – The past, present and future.

Posted at 14:34h in Industry by Dan Bristow 0 Comments

In 2017, Bristol became one of only two official ‘UNESCO Cit[ies] of Film’ in the UK, a testament to the deep historical and contemporary ties between the city and the film and television industries. These ties are a reflection of Bristol’s wider culture as a city of the creative arts, the creative industries making up an abnormally large size of our cities economy at 10% (2017). In fact, not only is Bristol a city of film, but it’s a city of street art and music, from the likes of Bansky to Massive attack and to the swathes of alternative/electronic artists that find their feet in the city; Bristol was voted Rough Guide’s coolest UK city in 2017 for a reason.

Make no mistake, despite being the major city of the South-West, Bristol is relatively small when compared to the rest of the UK’s big cities in terms of population, therefore we currently punch well above our weight when it comes to cultural and creative significance and output. But Bristol’s relationship with film and television is especially distinguished stretching all the way back to the beginning of the screen industries – the city even has a claim on being the birthplace of the moving image itself. This blog explores Bristol’s rich history of film and television, paying homage to some of the city’s great cinematic achievements before analysing the exciting trajectory of the city’s screen industry in the present day.

Bristol and the birth of film. 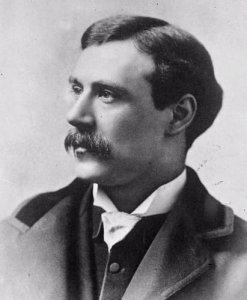 The story of William Friese-Greene places Bristol at the centre of Film’s conception. Born in 1855, Bristol was home to moving image pioneer Friese-Greene who after a successful career in public entertainment via magic lantern shows (image projecting) began developing an early version of the movie camera. In 1889, Friese-Greene created a camera that could capture a sequence of four or five pictures a second; impressive but not a fully-fledged movie camera. Over the next two years Friese-Greene continued developing cameras, but his profitable enterprises were not enough to fund the expensive endeavour. By 1891, Debts overwhelmed his estate, and the long series of technology patents he held relating to moving image camera technology were auctioned off by creditors, along with much of his personal property. Friese-Greene desperately continued trying to innovate, switching focus to colour film, but tragically his desire for glory and recognition ended up in ruin before he could fully develop anything of serious merit.

It’s entirely possible that without a lack of funding Friese-Greene could have patented a working movie camera before others did, but this is a matter of contention for historians. Since his death, Friese-Greene’s public image has morphed frequently, his contributions being forgotten at first before he was reevaluated as the ‘Father of Film’ in the mid 19th century with a feature film being made about him – his image diving back down again shortly thereafter. In the modern day he’s viewed with nuance, an important contributor to the development of film technology who never quite realised his ambitions. Indeed, in 1990 he sent his designs to the man who did patent the first movie camera, only two years later in 1892, Thomas Edison. So, while it’s a push to say a Bristol boy made the moving image camera, that Bristol played a part of film’s foundation through him is undeniable.

Bristol’s screen industries over the years.

Bristol has been influencing national and international film since the early days of cinema and English television. Bristol-borne Cary Grant, who funnily enough is a distant relative of one of our director’s Dan, was one of classic Hollywood’s most enduring and defining leading men gracing screens from the 1930s up until the mid-1960s. Cut to 1937 and the BBC enter the city, establishing the Bristol Broadcast house on Whiteladies road, a base of operations from which the BBC still holds an enduring presence in Bristol today. Located in the same Broadcast house and established in 1957, is the BBC’s world famous Natural History Unit, which is responsible for some of televisions most globally successful factual content, such as Planet Earth, Blue Planet and countless others, of which Sir David Attenborough is of course the perpetual star. 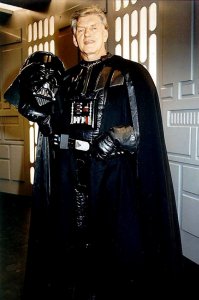 Another important actor to come out of Bristol was David Prowse who portrayed Darth Vader in the original Star Wars trilogy. While his Bristolian accent was swapped for the voice of James Earl Jones in post-production, it was Bristol boy Prowse who gave the physical performance of Vader, helping to create one of the most iconic villains in cinema history. You can watch Prowse’s take on Vader here… https://www.youtube.com/watch?v=SikSY8fjDOs

One way Bristol has been influential on the British screen industry is due to its utility as a filming location. Bristol’s been used for a number of landmark cultural British television classics such as Only Fools and Horses, The Young Ones and Skins. Bristol is also used as a recording location for films, many at Bristol’s famous ‘The Bottle Yard Studios’, which was created in 2010 and is thought to be partially responsible for a tripling in dramatic output from the city in that time. Recent years have seen Bristol used as the recording location of a variety of hit programs such as His Dark Materials, Sherlock and Stephen Merchant’s (one of our own) The Outlaws. 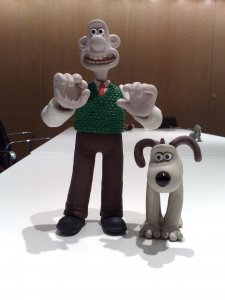 However, perhaps the biggest jewel in Bristol’s crown is Aardman Animations, the Oscar and BAFTA winning studio is synonymous with stop-motion film, taking the genre to its greatest heights in terms of popularity with 2000s Chicken Run becoming the highest grossing stop-motion film of all time; Aardman holding 3 out of the top four movies on that list. They are also responsible for creating timeless British characters like Wallace and Gromit and Shaun the Sheep, who continue to bring great success to Aardman. All together, it’s perplexing that it took until 2017 for Bristol to become a UNESCO City of Film considering Bristol’s contribution to not just British, but international film and television

The future of film and video in Bristol appears incredibly promising, a study from our own UWE found that Bristol’s screen industry more than doubled in worth over five years, going from £140.3 million in 2016 to £288 million in 2021 in aggregate turnover, all despite of a pandemic. The number of independent production companies also rose from 131 to 189 and full-time staff went from 2,200 to 2,760, freelancer’s from 1,500 to 2,500. All of this growth coming shortly after the creation of The Bottle Yard Studios and after becoming a UNESCO City of Film; we’re experiencing a boom period.

This trend of growth doesn’t appear to be slowing down soon either, three new studios are currently being constructed at Bottle Yard and Channel 4 have opened a regional creative hub in the city as recently as 2020; hopefully this will have the same impact as previous major additions to the city’s film and television infrastructure. ‘Go West 2’, the UWE study from which these statistics originate, state that Bristol has the potential to become a “screen powerhouse”. Even filming in Bristol is experiencing a sort of renaissance, in the first quarter of 2020/21 there were three times the number of major productions filmed in Bristol than in the first quarter of 2019/20 leading to a Guardian columnist coining the phrase ‘Bristolywood’.

Bristol’s long-held connection to the film industry goes back to film’s origins and is only becoming more and more pronounced in recent times. While we were well aware of these connections in part, it came as a surprise to us just how deep it went as did the extent of the current growth; hopefully some of this has been a revelation to you reading it as well. As a Bristol-based Video Production company, we at Clear As Day are very proud to be operating in this city of film and are very much looking forward to what the future brings for us all.