Posted at 12:06h in Industry by Dan Bristow 0 Comments

A year ago Coalition Audio and Viper Recordings came to us asking to help Drum and Bass Duo ‘Koven’ brake uncharted territory by live streaming “A world first” within the DJ livestream space.

The hour long stream reached over 30,000 people on Facebook alone and since then over half a million people across various other digital media platforms. We thought that being a year on and in much less restrictive times, we’d take a moment to reflect on this production and give a detailed testament to how the team pulled off such a task amid heavy lockdown restrictions – a case study of sorts!

Koven and their ambitions for the project. 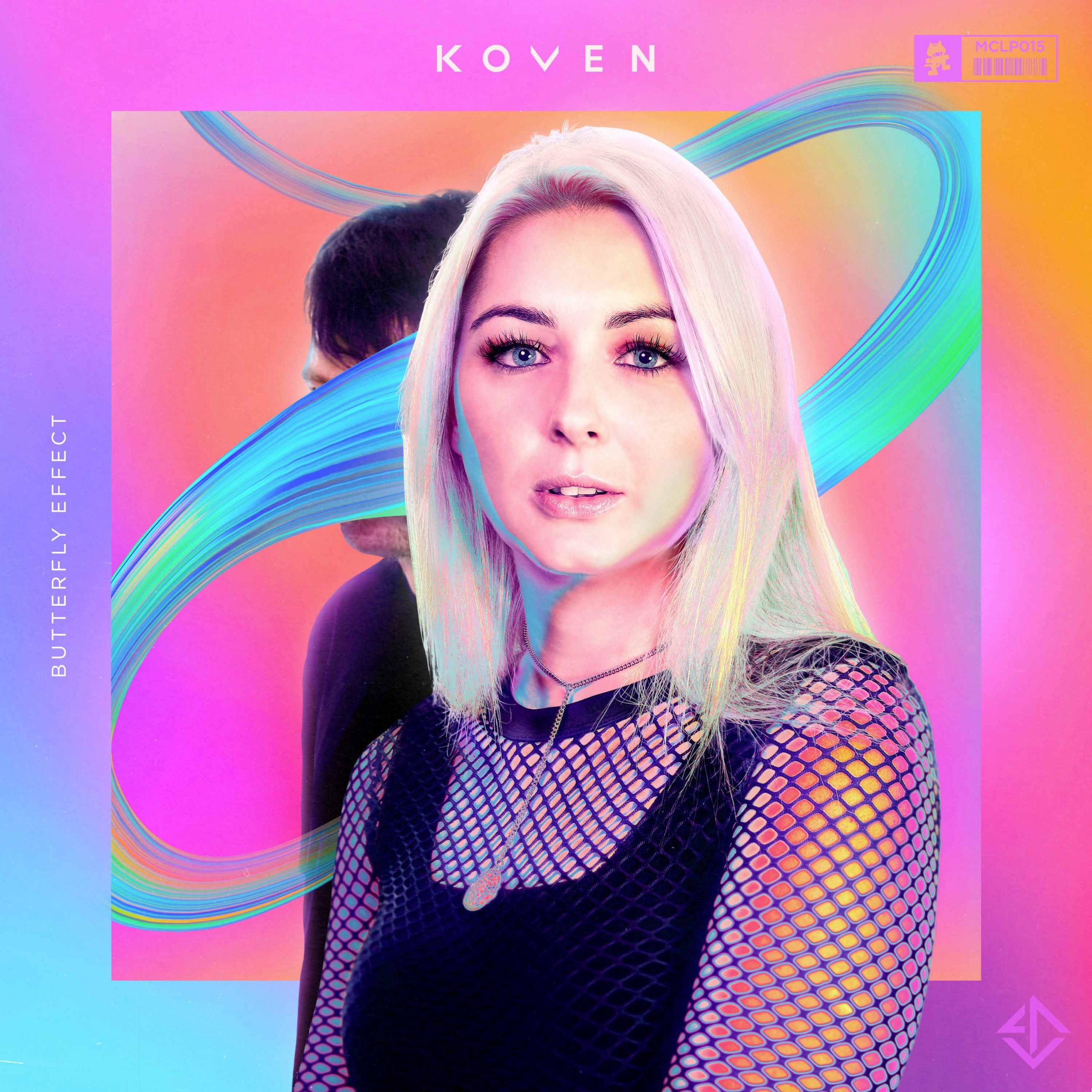 English electronic dance music duo Koven had released their award nominated debut album ‘The Butterfly Effect’ in March of 2020. In usual times, the release of a new album would be accompanied with a tour, or at very least a series of live performances. However being at the peak of the first lockdown, other than bedroom live-streams the potential for giving ‘live’ music to fans was little to none. It took nearly a year, but on the album’s first anniversary in the following March of 2021, lockdown rules were relaxed enough to allow for a private live show to be filmed by a production crew and live streamed across the internet to fans, who by this point had a serious itch to scratch in terms of live music.

Koven and their management team didn’t just want this to be a standard DJ set, they felt their fans deserved something special after a hard year without much in the way of live music. Following many zoom meetings with James (Coalition Audio) and Asad (Viper Recordings) discussing how we might achieve a “world first live stream” it was a flippant comment about the Matrix movies which snowballed into the final concept we decided on. In the end, we gave the album the event it deserved by not only delivering a successful live stream in terms of numbers, but a visually striking one – the first ever live bullet-time DJ set.

In film, ‘Bullet-time’ technically refers to the visual effect of detaching the time and space of a camera from those of its visual subject. It is perhaps most associated with the Matrix film trilogy, John Gaeta and the Wachowskis developing the modern incarnation of bullet-time for the films in 1999.

In Koven’s ‘Butterfly Effect: The After Party’ a 360 bullet-time rig consisting of 75 still cameras were set up around a DJ booth by special effects wizards – ‘The Flash Pack’, giving Katies live performance a unique 360, slow motion effect. The technology works through a series of cameras capturing images only a few thousands of a second before the camera preceding it, a full 75 still images are then fed into custom designed software which spits out with what the Flash Pack describe as “non-stop 360 slow motion content”.

Pulling it off in a pandemic. 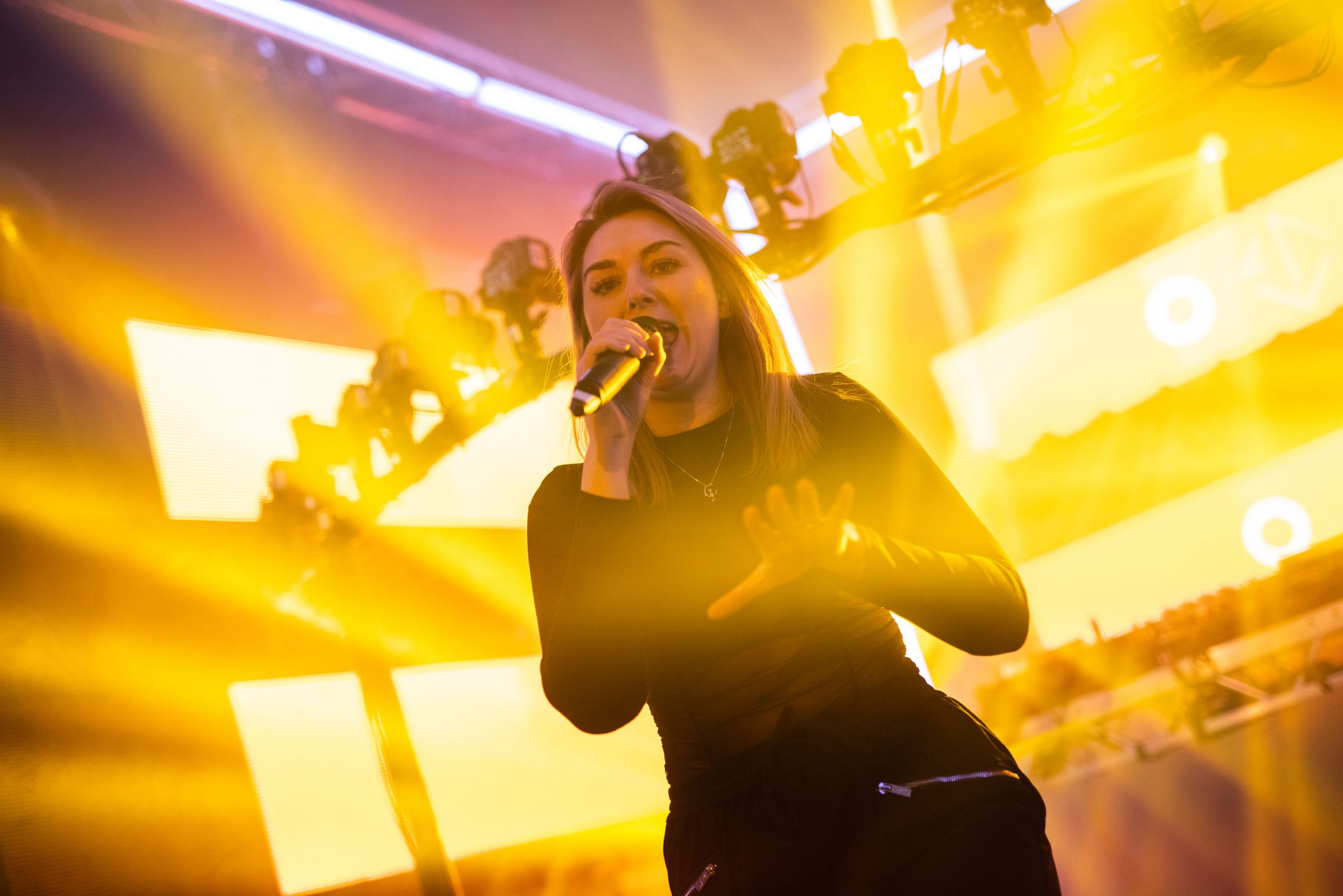 Whilst the pandemic and restrictions appear to be winding down in March of 2022 (fingers nervously crossed), we were in a very different environment a year ago and had moral and legal responsibilities to keep those on our sets safe from harm. This was a time when pubs and venues were closed, extra-household social interaction had to be kept outside, support bubbles were a thing, and ‘stay at home’ was still very much the mantra. Covid was challenging as a video production company since on-set filming naturally involves close contact, at least traditionally. 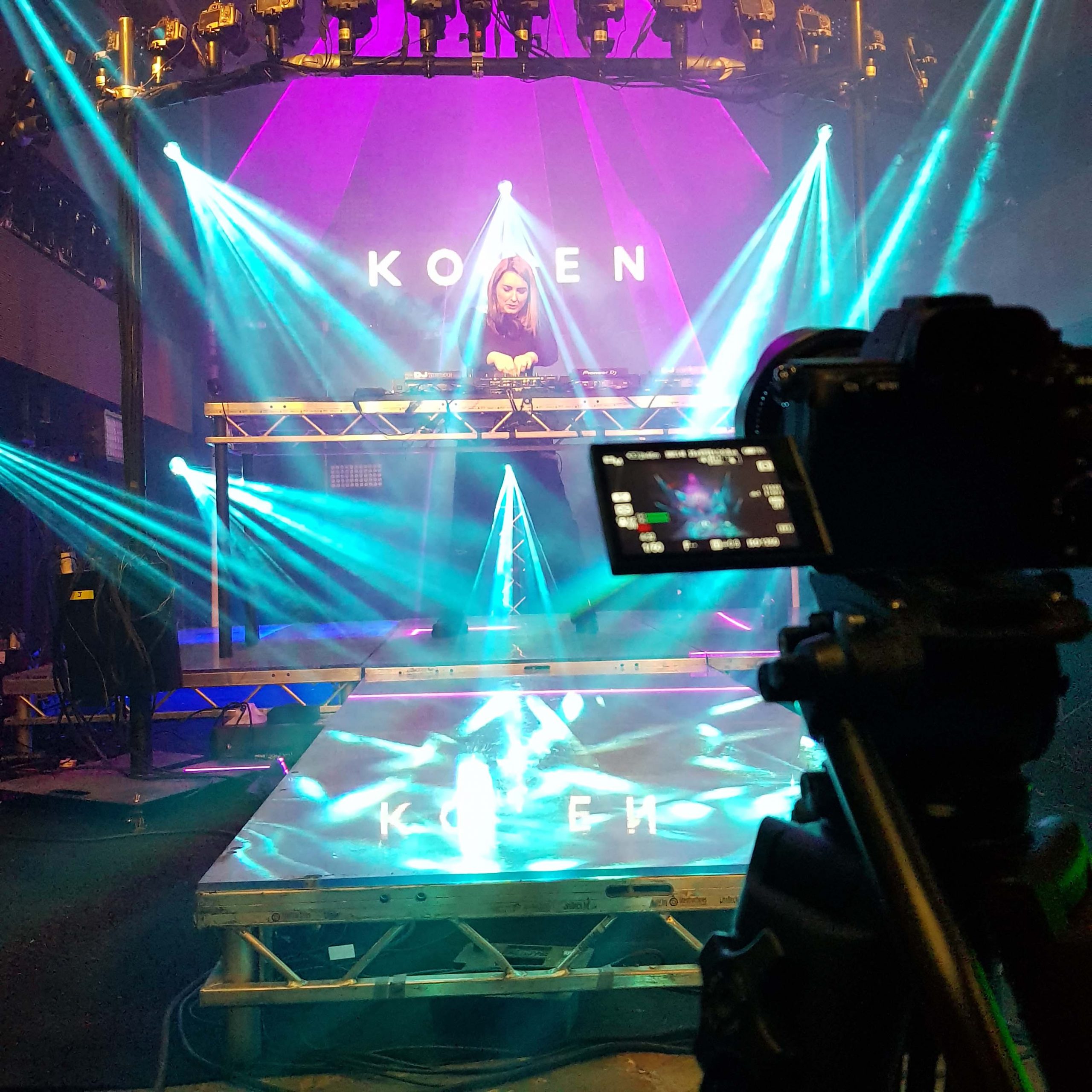 Despite the challenges in creating ‘Butterfly Effect: The After Party’ the whole team were fantastic in keeping the production safe for everyone involved. The basics (that we’re all too familiar with) were covered meaning covid tests before arrival, masks worn on-set and keeping hands clean throughout. More complicated was social distancing, obvious measures were undertaken such as working with a reduced crew, but the more difficult decision was of finding and designing a set which looked fantastic yet would allow us crew and talent to remain as distant as possible.

Waveco Productions helped us in providing the studio, set design, and lighting giving Katie a DJ booth at the end of what is effectively a runway. We filmed from afar using stationary cameras where possible, meaning Katie would only come within the 2-meter rule with our DOP when she came out from behind the decks to sing.

Reflecting on the project… 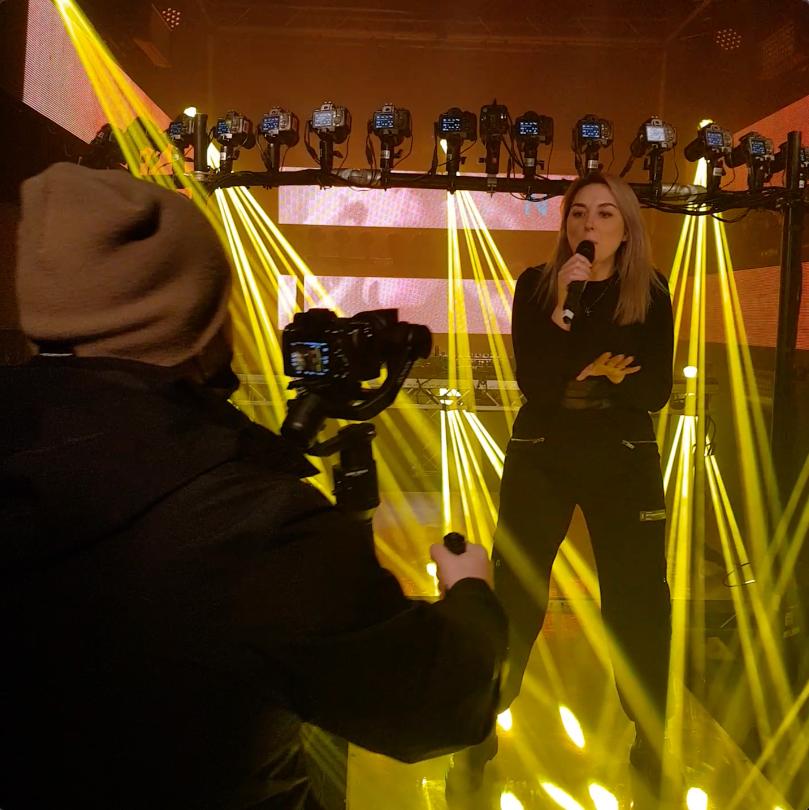 It was an absolute pleasure to be asked to get involved in this project, working alongside an awesome crew who came together to deliver ground breaking live stream run without hiccups during a difficult period. A year on It’s fantastic to see the resurgence of live music and events as a whole and not quite such a need for online streaming. Events are where we really cut our teeth as a company and we still love to be part of the buzz. If you’re looking for an experienced, professional crew to cover your live event, whether it be music, corporate, an activation or anything else – please do get in touch, we’d love to discuss your project and help you to create piece of memorable and long lasting video content.

Watch the final product below…